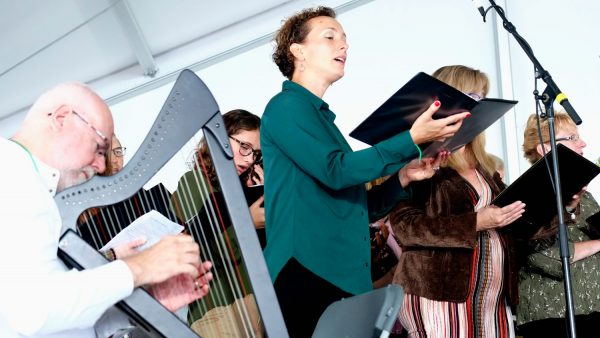 The Pittsburgh Irish Festival, Inc. is a non-profit 501(c)(3) corporation created to contribute to the rich cultural awareness of Irish history and tradition that exists in Pittsburgh. In addition to our three day “Halfway to St. Patrick’s Day Festival,” the Pittsburgh Irish Festival has expanded into a year-round resource for education and cultural programs through the creation of the Irish Education Outreach Program. The Program’s primary objective is to create a higher awareness of the ethnic richness and significance of the Irish and Irish-American culture and presence, from both a historic and contemporary perspective. In-service consultants are available to community groups and organizations as well as to interested school districts. In addition to cultural presentations, our consultants provide Irish studies workshops for teachers. Materials are multidisciplinary in design, combining and integrating study of the following areas: Arts, History, Patron Saints, Dance, Irish in America, Sports Economy, Language, Symbols Geography, Music, Tourism.

Created in 1991, The Pittsburgh Irish Festival, Inc. has gained recognition as an important presenter of Celtic culture due, in large part, to our highly successful festival. This event has become one of the nation’s finest Irish-American festivals, and certainly the most comprehensive exhibit of Irish music, lore, food, and dance in the region. Held the weekend after Labor Day in September at Riverplex between Sandcastle and Waterfront, The Pittsburgh Irish Festival has a wonderful venue with room to expand. From the beginning, an emphasis has been placed on presenting to Western Pennsylvania audiences the premier performers in all facets of Irish music and dance.

Our sponsorship of the “Lord of the Dance” revue, featuring the world-renowned choreographer and step-dancer Michael Flatley, cemented this relationship with our following and the community-at-large. Perhaps nothing captures the exuberant spirit of the Celtic people like Irish dancing. With that in mind, the Pittsburgh Irish Festival, Inc. stages a well-rounded presentation of different dance forms through the magnificent talents of the Pittsburgh Irish Reelers, Bell School of Irish Dance, Shovlin Academy of Irish Dance, the Pittsburgh Ceili Club, and the Burke Conroy School of Irish Dance, all locally based. A large part of the cultural history of Ireland can be found in the music and dance from the Emerald Isle. Our musical presentations have risen beyond concert entertainment to imprint a deeper cultural awareness of the beauty that Irish music and dance has to offer. Many legends in Irish music have graced our festival stages, including Tommy Makem, Paddy Reilly, and Dermot O’Brien. With new and exciting talent emerging, we’ve been proud to present many great up-and-coming performers to Pittsburgh. Over the years, artists such as Solas, Altan, Cherish the Ladies, Black 47, the Makem Brothers, Brother, We Banjo 3, and Natalie MacMaster have all won over local fans after initial exposure at the Pittsburgh Irish Festival. We schedule over 28 hours of continuous entertainment on five stages over three days. Ireland has left an imprint on American and world culture in many ways. Appalachian clogging, for instance, traces its beginnings back to the Irish step dancing that immigrants practiced upon settling in the mountain region. As with other things “American,” this dance form then melded with other dance styles to form a new folk art.

The Pittsburgh Irish Festival, Inc. celebrates the Irish experience in America. Our “Halfway to St. Patrick’s Day Festival” has become a springboard for a new cultural awakening of all things Celtic in Western Pennsylvania. The beauty of Irish dance, music, and literature bridges many borders. Our desire is to build upon a strong cultural foundation and expand the wealth of talented artisans, both domestic and foreign, available to our audience. Currently, our Cultural Area presents weavers, Irish historians, lace makers, storytellers, Gaelic symbol drawing, and harp and whistle demonstrations, and along side with our Children’s Area, represents our commitment to providing entertaining and educational interaction for families.

The Pittsburgh Irish Festival draws over 25,000 visitors for our weekend gathering. No other regional Irish event offers the large-scale diversity and cultural opportunities that we regularly provide. This puts us in a unique position to bring to Pittsburgh a group of cultural craftpersons and artisans that might otherwise never be seen in the area. With our organization growing, we’re one step closer to fulfilling our mission statement of “contributing to the rich cultural expression of Irish history and tradition that exists in Pittsburgh.” Past audience support has been strong; people in Pittsburgh are rightfully proud and curious about their heritage.

Not long ago, Pittsburgh could claim no world class Celtic gathering of its own. Pittsburgh, a city that thrives on its ethnic diversity, had no major Celtic torchbearers. Maura and Nan Krushinski had heard the lure of Irish music and dance from their youngest days, as an Irish mother and half-Irish father celebrated a shared ethnic tradition in the household. As with other ethnic families who had come to settle Western Pennsylvania, the old customs held a place of importance. Soon, ceili dances were taking place around the support beam of the family’s garage; the freshly formed Clan na Gael Irish step-dancers had a new place to call home. The engaging melodies of the reels and jigs seeped their way into the next generation’s aural memory. Twenty years later in 1990, the vibrancy of the traditional reels and jigs were in danger of disappearing from around the Three Rivers. Ireland had become inconsistently represented at the Pittsburgh Folk Festival, eventually not being represented at all. It was in this climate that the Pittsburgh Irish Festival was launched in 1991.

With a combined thirty years of ethnic special event promotion, the Krushinski sisters had the experience to successfully create and organize an event of considerable magnitude. Drawing on the talents of those around them, the first festival featured primarily local artists with the large exception of Tommy Makem, considered by many to be the father of Irish music in America. The tone was set. The Pittsburgh Irish Festival would strive to present the finest performers in the world of Gaelic entertainment. A tradition of excellence had begun, and the audience loved it. The people of the city have embraced the festival from the start. Every year attendance records are eclipsed. Internationally renowned performers now regularly appear. As the festival grew in its first 16 years, we watched as The Chevrolet Amphitheatre and Tent in Station Square underwent a face-lift as the festival grew. Now, as we celebrate reaching our 26th year, the festival calls a beautiful park setting along the Monongahela River between Sandcastle Water Park and the Waterfront home. 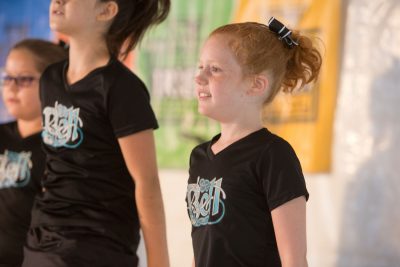 As the Pittsburgh Irish Festival, Inc. grew, it quickly became evident that to meet the needs of the community-at-large, a year-round effort would be required. A great resurgence of interest in Celtic arts and music exploded around the country. A three- day event no longer was enough to satisfy the appetite of our audience. Sparked in part by the prevalence of Irish music on popular movie soundtracks, and the huge success of dance shows Riverdance and Lord of the Dance, public interest proved that the time was ripe for many more Irish cultural presentations. In an effort to increase our community involvement, the Irish Education Outreach Program became established. This program has become an Irish resource for all. Having established ourselves as the leading presenter of Irish music, history, culture, and dance in the region, the key to continuing to build on this foundation of success has been in initiating partnerships with smaller Irish organizations and other local cultural groups to work together as a larger, unified whole. Out of these collaborations have arisen a number of special events, like Ireland’s representation in the Pittsburgh Folk Festival that we had previously defined as our audience soon came to include every person in the region.

By reaching into the schools and senior centers in the area, people of all ethnic backgrounds could come to share and learn about Ireland; its people, customs, arts, and traditions. These efforts to date have meet with much success. In 2011, we presented “Christmas in Ireland” and we frequently visit area grade schools and middle schools to educate them on St. Patrick, the history of Ireland and the Irish culture, as well as participating in the “Sparkle Season” of events in Downtown Pittsburgh. This program was established in conjunction with the Pittsburgh Federation for Events & Promotion and the Pittsburgh Folk Festival. Six schools were visited in all, with each student body being racially diverse. The audience response was refreshingly enthusiastic as the students and teachers all participated in a sing-along. From its inception in 1993, the Irish Education Outreach Program has grown steadily.

After many years of commitment to this project, we have expanded our educational resources and the variety of topics that we can offer. Over the last several years we have been fortunate enough to call upon a renowned harpist, Dennis Doyle, to present a demonstration on the history, origin, and legend of the Irish harp. Celtic symbol drawing has proven quite successful for school programs, as has our history and music presentations in area schools. The true voice of any people, of course, is their language, and to help foster a greater understanding of Gaelic, which was nearly eradicated by a less culturally sensitive English monarchy centuries ago, the Pittsburgh Irish Festival sponsors a Mass in the Irish language. This effort has proven rewarding for all involved.

The future of The Pittsburgh Irish Festival and The Irish Partnership looks incredible! Stay tuned for the latest and greatest news from these fantastic Pittsburgh Organizations!

We are thrilled to announce that Courtyard by Marriott Pittsburgh Waterfront is the 2022 host hotel for the 31st Annual Pittsburgh Irish Festival. Booking information coming soon! Sign up today to be the first to hear about all things Irish in our area!